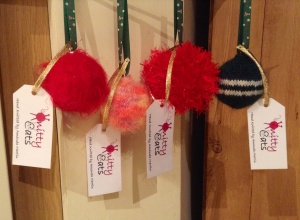 When I released Class Act back in the summer I think I knew it was rushed. As a self-published author, the only way I see that you can make success (rather than it coming through luck or good fortune) is by writing more books. So I took an old manuscript, gave it a few months’ polish, paid for a light edit, and released it, happy that my Beta Reader loved it.

Okay, one or two people have enjoyed it, but the critics have been harsh and eloquent. And fair. Much as I would have preferred not to have the debate about my book in public, through Goodreads (and thank you to the critics for not writing their reviews on Amazon), it has been like having extra Beta Readers who don’t know me and are therefore not afraid to tell it as they see it.

Some of the criticisms I can answer – they’re a matter of personal taste – but others are completely valid. For example there is a general view that Rebecca is a cow, or at least unlikeable. I have been trying to work out why that is the case, when Helen (Baby Blues) garners sympathy. While walking the dog last night the answer came to me: I didn’t live with Rebecca long enough for her to become fully herself rather than a version of me.

All my characters start out from an element of my life and my experience. With Helen it was having postnatal depression, with Claire (Two-Hundred Steps Home) it was disillusionment with the corporate world and finding myself through travelling. Rebecca started out from a few instances in my childhood when I felt belittled by people who acted like they had privilege (someone saying to me at school ‘you’re my grandmother’s secretary’s daughter’ as if that made me scum).

The difference is I lived with Claire and Helen for a long time. Baby Blues took two or three years from start to finish, Claire racked up 280,000 words. They became people in their own right. Rebecca, not so much. I wasn’t even happy with the name Rebecca, changing it several times before deciding it was as good as any. Alex I loved, Alex was real, but Rebecca remained a character.

So I have learned not to rush Finding Lucy. It isn’t just the characters who need to find her – I do too. I think that’s why I find the male protagonists easier to relate to (and therefore probably they’re more likeable to the readers) – they might start out with a trait or two from people I know, but they quickly become three-dimensional in my mind. Despite it being six years since I started drafting Finding Lucy, I still don’t have her clear as a real person in my head.

The other, more specific, piece of feedback I’m following is the review that complained about Class Act opening with Rebecca’s father dying.

“I found that when our heroine, Rebecca, is introduced, the scene is not the best way to warm up to a character. Yes, her father had just died, so she is entitled to be upset. But perhaps this is not the best way to introduce a main character, one who is completely vulnerable and who is constantly sobbing in the scene, it unfortunately had me rolling my eyes and wanting to skip ahead. Not a great start for the character. Sorry. “

Don’t apologise! This is great feedback. Finding Lucy also opens with a death. It’s where the story starts. But I see now that it’s hard to feel sympathy for a character you don’t know. So I’ve had a shuffle and now it comes a few chapters in. I’m also working hard on making Lucy more likeable. It’s hard. I’ve decided to think about Pixie Lott. Watching her on Strictly Come Dancing this year I realised she is one of the few people I can look at and say they’re genuinely adorable.

The problem with writing for me is balancing the character’s flaws which make for conflict with the traits that make people love them. It’s not hard to see why – I’ve never managed it with myself. I’ll always feel like a bad mother, a bad person, no matter the evidence to the contrary. To quote Pretty Woman, “The bad stuff is easier to believe”.

I haven’t managed much writing this month – Farmville, knitting and Christmas have derailed me completely. But I have invited the characters from Finding Lucy to live in my head. Edan and Andrew are there, making themselves at home and squabbling over the remote. Lucy is still dithering at the door. “Are you sure you want me?” she says. Yes, come in! Let me get to know you. This novel could be my best yet, if only I take the time for it to mature.

In the meantime, have a great Christmas/Hanukah/Festive Season and here’s to a creative 2015.