As part of the Claire instalment for yesterday, I needed to research the aftermath of a suicide attempt.

I wanted to know the practical things, like how long someone would have to stay in hospital, would they automatically be moved to a secure ward, would they be discharged etc. It’s a difficult thing to research; the NHS doesn’t have a page on ‘so you’ve taken an overdose’. I’m fortunate that no one I know has taken their own life, or tried to (to my knowledge). I hadn’t intended for one of my characters to do so, but sometimes the story writes itself.

The difficulty as an author is how much you delve into the research, what it takes out of you, and how much of the dark detail to share (what is appropriate for the story genre)? Writing about Claire’s depression hasn’t been too hard, because I periodically suffer from depression myself, albeit mild in the grand scheme of things.

I also follow some amazing blogs written by people who suffer from depression or anxiety; courageous bloggers who offer up their story and share the hardest moments (Mummy Loves to Write, The Belle Jar to name just two). It is important to write about it, for me: to de-stigmatise mental health issues. But I do worry that my writing ends up too realistic, too dark and depressing, particularly the Two-Hundred Steps Home instalments, where I can’t go back through and edit some humour in to lighten the dark patches.

Baby Blues and Wedding Shoes grew out of a need to be honest about the hard parts of being a parent, after finding myself surrounded by people putting on a brave face and telling me that I had to do the same (I had my mother, health visitors and doctors all tell me I was too honest. Thank goodness for blogging.) I did try and put in the funny stuff too, (Helen dropping her breast pad in the coffee shop was one of my experiences that I look back on and laugh) but the ‘baby blues’ part of the title is important.

As part of my research into suicide, I came across this on Reddit: Survivors of Suicide, what happens after you find yourself still alive? This was posted 20 days ago and there are 1857 comments.

Just reading through for an hour left me shaken and teary. My post ended up being three hours late because I became immersed in the lives of the people who had poured out their darkness onto the site. I deliberately skimmed through: I was emotional enough without getting dragged into the trolls and people who thought it was funny to be flippant. However I read enough to come away with a determination that, one day, I will write something about this awful subject. It won’t be chick lit. It might not even be publishable. But what I read left me so horrified I feel a need to tell somebody.

You see, what I came away with, from post after post, was how badly these people were treated. Either by the ambulance crew, who laughed at them or treated them roughly, or the hospital and psych ward staff, who treated them like animals. The friends who felt betrayed because they’d kept their depression a secret until it was too late. The people who said that suicide is the coward’s way out, or a cry for attention. So many stories of society’s failure to understand mental health illnesses and their repercussions.

There were uplifting stories too. One person wrote [sic]:

“The thing is.. if you talk about suicide people want to help you and talk you out of it. If you succeed they will talk about you as if you were the greatest guy on earth and they would’ve done anything to help you. If you try and fail… you’re nothing. A loser with a wish for attention. Or an ungrateful bastard wasting their time. Almost as if everybody’s angry for you failing to die.

I remember waking up the day after my half hearted attempt at roadkillness and realising that this would not have happened if I had died. That day I saw a nice show on TV. Later a movie came out that I really loved watching. I had sex, I stopped doing drugs, a girl told me I had a nice smile.. those little things did it for me. And still do.

I still think of ending it. Just end my meaningless speck of existence in a vast universe that will never know we were ever here after it all ends. Everytime that happens I try to think about something to do the next day. My boys waking me up, my wife hugging me naked before she hits the shower. Sometimes I look forward to a morning cup of coffee or a nice dinner. Weather forecasts are great, tell me the sun will shine and I want to see it.

I try to grasp those little things, because if I had succeeded that day, if I had tried harder, timed better or had less luck… I wouldn’t have lived those moments.

And God Dammit I love those moments more than I hate life.” 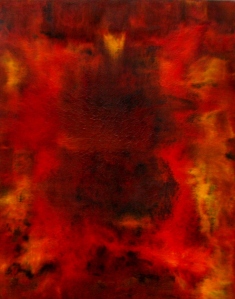 How powerful is that? There’s a whole life there, in a comment on a forum. There were hundreds of stories like his. Other stories, too, about abusive relationships or ongoing problems. The physicality of taking charcoal to empty the stomach and the other things that are done when someone has taken an overdose. Or the difficulty of living with a mental illness when you are afraid the people around you can’t cope and so you don’t share it with them. Or having the people around you cut you off completely because they don’t know the right thing to say or do.

“If you really love someone, don’t cut the cord. Go to NAMI support groups for people who love someone with mental illness. Read books. Go to therapy yourself if you have to. If you love them, don’t give up on them. And remember–no matter what a person is capable of, contentment with life is more important than any potential they’ve “squandered” by suffering from a mental illness.”

Today is World Mental Health Day. Last year’s focus was on raising awareness around depression and seeking to de-stigmatise mental illness.  This year’s theme is the positive aspects of mental health in later life. It was noticeable to me, reading the comments on the reddit forum above, that many of the people talking of having attempted suicide were young – teens and twenties. It comes as no surprise to me therefore that it says on the mental health website, “on average people aged 55 and over have greater life satisfaction than people aged 25-54”.

I’ve noticed as I get older that my ability to find perspective, to find the positive, and to be confident enough to enjoy life, is growing. Maybe if I do write a book on suicide, it will be a young adult one. Does anybody know of any books that have covered this subject? Sorry, this has turned into a rambling post. Thanks for listening.

Claire strode across the car park, muttering prayers under her breath. She could see Kim still slumped forward on the picnic bench and thanked the gods that at least she hadn’t run off or stepped in front of a lorry.

Pulling on her last reserves, Claire hitched on a smile and forced herself to walk slowly for the last few paces to her friend.

“Here you go,” she said brightly, hoping Kim couldn’t hear the fake smile in her voice. Kim glanced up to see what was being offered.

“I can’t drink caffeine,” she said, the words falling like autumn apples to smash on the floor.

Claire inhaled deeply. “It’s not coffee, it’s a hug in a mug.” She sat next to Kim and pushed the paper cup towards her. “Go on, you know you want to.”

Kim turned and stared suspiciously at the cup. Then the frown lifted and her lips turned up slightly at the edges.

“Hot chocolate? I haven’t had one in years. Hot chocolate is for kids.” But she took the offered cup and wrapped her hands around it, as if they were in the grips of winter rather than basking in a pleasant summer’s morning.

“It’s full of sugar and warmth and memories. It will make you feel better.” Claire took a gulp of her latte, burning her mouth.

Serves me right for suggesting depression can be fixed with a hot drink. Idiot.

The girls sat without talking. Claire saw from the corner of her eye that Kim took a sip of her drink and then another. The green pallor in her cheeks faded as the warmth and the sugar got to work. Claire felt one knot of tension unravel: it wasn’t much, but it was a start.

After half an hour, Kim sat up straight and looked around, as if surprised to find herself in a service station car park.

Kim managed a laugh. “I’m none the wiser.”

Kim released a pent-up sigh; puffing the air out from her cheeks as if she were trying to blow away the dark clouds.

The emptiness in her voice made Claire flinch. Without thinking, she put her arm around Kim’s shoulder, gripping her tightly and ignoring the unusual feel of bone under her hand. The shoulders began to shake, and she realised Kim was crying.

“How?” Kim’s voice shot out through the tears. “How will it ever be okay? I can’t have kids. You don’t want children: you can have no idea what that means.” And she pulled away from Claire’s embrace.

“I’m trying to understand, Kim. And I don’t know about the kids anymore. A lot has changed for me, too.” She wanted to continue, but managed to hold the words in. Instead she tried to think of something to say that wouldn’t fan the flames of Kim’s grief.

“There are other ways. You could adopt: there are babies all over the world who would love to have you for their mummy.”

“But they wouldn’t be my babies.” Kim’s sobs grew stronger, her slender body shaking like a leaf in the wind.

“What about surrogacy, then?” Claire had no idea whether it was possible, but she wanted Kim’s tears to stop. They made her feel helpless.

Claire laughed bitterly. “I was never rich. And now; now I don’t even know how I’m going to pay back the credit card company, before they try and find something to repossess. I’m broke.”

Kim looked over, one eyebrow raised in disbelief and Claire bit back the sudden desire to yell at her friend that she wasn’t the only one with problems. Her financial predicament was of her own making and paled into significance next to Kim’s woes.

“I’m serious,” was all she said. “I’d barely cleared my debts by the time I decided to pack in my job and fly to New Zealand. Those weeks as a gullible tourist, spending money left and right, has maxed out both my credit cards. If I don’t start work for Conor this week I’m totally in the shit.”

Kim’s eyes narrowed, as if she found the concept of a poor Claire too hard to fathom. Then she wrapped her arm around Claire’s waist and squeezed.

“Then we’re both in the shit together. We’d best get shovelling.” And she smiled.