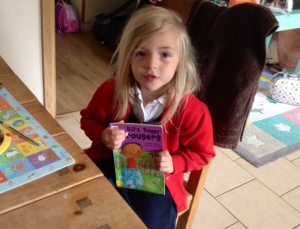 The Tricky Task of Writing for Children

This morning I’ve been researching the interesting world of swearing, for my MG fiction book. This is the first time I’ve written for pre-teens and I hadn’t realised how many mild swear words litter my writing, or how different words have different shock values depending on the country.

For example bloody hell and bugger off probably wouldn’t cause too much consternation in the UK, although there is obviously more impact on the written page than in the spoken word. I don’t think anyone would bat an eyelid at crap or oh my god or good heavens. But then I come from a non religious family and I’m sure the latter two would worry religious families more.

Interestingly my children are more shocked by ‘rubbish’ and ‘stupid’ than ‘shit’ because we as a family have given the words more power, although I do try and distinguish between saying ‘that shot was rubbish’ and ‘you’re rubbish’. I’m not even going to discuss the reaction I got from nursery when my son repeated my stressed-out-end-of-tether phrase ‘shut up!’ to another child. Let’s say they would have been less disapproving if he’d said f-off. Maybe.

Swearing, after all, is all about shock value. You only had to see my unfortunate and accidental (and instantly-regretted) reaction when my daughter mispronounced ‘can’t’ during a recent reading session. Having to explain why even Mummy wouldn’t use that word probably gave her the ultimate weapon against me. But I digress.

Some level of exclamation is needed when writing, to show emotion and make dialogue sound realistic. Unfortunately I don’t yet have Tweens, so I don’t know what they say when they’re upset/shocked/scared/angry. And I’m sure what they say to each other isn’t what their parents want to see them reading in a children’s novel.

Scouring several websites this morning, it seems the safest thing to do is to make up your own swear words. But how to do so without sounding twee? In Elizabeth Kay’s lovely book, Ice Feathers, she uses phrases like ‘for the Wind’s sake’ and ‘flapping’. Unfortunately they make me think of all the phrases I hear on Cbeebies like ‘galloping guinea pigs’ and ‘flapperty flippers’, ‘jumping jellyfish’, or, my favourite, ‘Well, I’ll be a sea monkey’s uncle.’

I think I will use foodie words for my male protagonist, as he loves cooking. Things like ‘fried tomatoes’, ‘pancakes and crepes’ and possibly ‘shiitake mushrooms’ although apparently that’s from a Spy Kids movie and I don’t want plagiarism issues. My female lead is a fairy and lives in the woods, so phrases like ‘eggshells’ and ‘creeping caterpillars’ might work. Is ‘bird poo’ too much? I’m sure I’ve borrowed books from the library for under fives that have the words poo and pants. Does it become unacceptable if Mummy isn’t reading it?

Who knew writing for children was so much harder than writing for adults, especially when you’ve had a colourful upbringing. Well, me actually. But it will be worth the effort I hope!

What are your favourite non-swearing cuss words? What do you let your children say and not say?

From the Mixed-Up Files… Of Middle Grade Authors: Is it Okay to Curse in MG Books