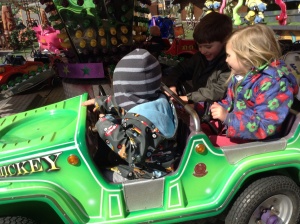 Last week I took the children to Skegness to stay in a three-bed static caravan with my good friend and her two children (aged two and six). Despite starting the first day in pouring rain, with my daughter suffering her first tummy bug (north and south!) to boot, we had a fantastic week. The sun shone, the children played together brilliantly, the staff were friendly and, as it wasn’t yet in season, we pretty much had the place to ourselves.

What interested me most was how much I learned about parenting from co-habiting with anther family for a few days. It made me understand why we can often be so judgemental about other people’s parenting techniques. It’s all about personality, or touch-points, or whatever you want to call it.

For example, my kids are flash-in-the-pan tantrum throwers. They shout and sob, sometimes for ages but usually for less than five minutes. They don’t have to get their way, but they do have to feel they’ve got their point across. I’m (mostly) okay with it because I’m exactly the same. A quick shout, some tears, and it’s over. As long as they’re using their words and I know what’s wrong, I can cope.

My friend, though, hates histrionics. Her kids are sulkers and she confessed that she is too. She’s happy that they’ll come out in their own time and at least they aren’t being noisy. She doesn’t mind if dinner gets eaten, as long as they don’t make a huge fuss. I hate sulking, though, because I take all the blame on me. If I don’t know why someone’s unhappy I get frustrated, want to fix it, or assume it’s all my fault.

So it was hard for us to share a space and parent in our own way. I’m sure I upset her when I snapped at her kid for covering my daughter’s best top in mud during one of his sulks, and she inadvertently made my daughter sad for saying she was making a fuss over a hurt ankle, when she’s used to getting sympathy.

No one is right and mostly we worked really well together. We had some great conversations late into the night. I loved holidaying with another adult who cooked and did dishes (unlike travelling with hubbie! Lol) Best of all, the children learned to cooperate and share a space together. They went to bed (albeit at 9pm) without a fuss. They remembered their manners and made new friends. And I learned to try and remember that what bugs me doesn’t necessarily bother someone else and vice versa. I’m not the world’s most tolerant person, but I’m trying!

Best of all, I learned to assess my parenting more objectively. Sulking is okay; sometimes kids need time to process and calm down. I also discovered that other parents aren’t judging you as often as you judge yourself. At one point I thought my friend was judging the fact that I let my son eat only rice for tea because I had no fight left to get veg in him. Afterwards she said she didn’t even notice!

Parenting: I make it harder than it needs to be! 🙂 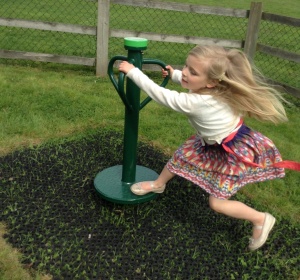 This is just a quick note to explain my silence on the blog recently and to say that normal service will hopefully resume in a week or two.

This week I’ve been concentrating on drafting my children’s book (working title George and the Arch, but that will change!) I’m around a third through, at 22,000 words, and have realised that writing a first draft uses ALL my energy and inspiration.

My daughter’s school teacher pointed out that there are only 11 full weeks of school left before the summer vacation, which means I have that much time to get George ready for the Chicken House competition AND get Class Act ready to publish (I haven’t even sourced an editor yet). Argh!

The reason for my silence over the next two weeks (more specifically the next four days) is that the children are on their Easter Holidays. In four hours the children and I will drive to Skegness to stay in a static caravan for the week with my good friend and her two children. I’m terrified. Please God don’t let it rain!

I’m looking forward to it too, but the idea of four days in a small box with four kids aged 2-6 does fill me with fear! Ear plugs and wine at the ready! 😉 I don’t even know if there will be internet…

So, enjoy the peace and quiet and I’ll hopefully have some new things to write about when I get back! Wish me luck.