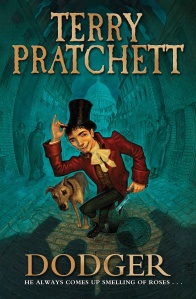 Those of you who regularly follow this blog will know that I don’t generally write book reviews. In fact I subscribe to the view that it’s very difficult for a writer to review a book as a reader might.

However, partly because I want to carry on with the daily blogging, and partly through self-interest (as one of my most visited posts this year is a book review) I’m going to try and write a few on the blog in 2014. I want to concentrate on books where I have no connection to the author – those people I have met through the blog or who I have beta-read for – because I read those books differently. I don’t enjoy them less (probably more, actually) but I’m usually too close to be objective.

But books I’ve picked up at the library, or authors I’ve read for years, well I’ll happily pass on any observations that occur to me and we’ll see how it goes. I suspect it will be more a ramble than a review, such is my style! As a happy coincidence I’ve just finished two books by my favourite author of all time, Terry Pratchett, so that’s a good place to start.

Of the two books – Snuff, A Discworld novel, and Dodger – Snuff was by far the most enjoyable for me. I’ll admit I may not even have read Dodger if I’d bothered to check the blurb and seen that it wasn’t a Discworld novel. I’m glad I did read it, even though it was a struggle to finish, because it made me appreciate Snuff all the more. I also discovered that it isn’t just Terry Pratchett I love, but Fantasy as a genre; particularly his form of Fantasy.

Dodger is set in 19th Century London and includes characters such as Charles Dickens, Disraeli (former UK Prime Minister) and Henry Mayhew (a nineteenth-century English social researcher), based on their real life counterparts. One can then easily imagine that the lead protagonist is meant to be the model for the Artful Dodger and the story feels more about showing the inspiration for Dickens as a writer (at one point Dodger finishes his soup and asks for more), than exploring Dodger as a character, or what it really meant to live in Nineteenth-Century London.

For me, the novel lacked Pratchett’s usual flair for appealing characters, suspense-driven plot or great humour and dialogue. I struggled to finish it even though, as a super fan, I really wanted to like it. The novel felt like a vehicle for some ideas that had been bubbling in the author’s brain, that were then shoe-horned into a story. Or *shudder* like an Eighteenth-Century Bildungsroman novel, like Tom Jones by Henry Fielding. The book seemed to try too hard to be clever, with the references to historical figures and real places. But I may be biased in this view because, when it comes to blending fact and fiction in a novel, I hate it.

I consider myself something of a reluctant historian, as a result of doing both A Level and Degree History, despite discovering a real love for English Literature that resulted in me switching camps in my third year and then for my Masters. As a result I find historical fiction to be too much stuck in both camps. Do I suspend disbelief, as a reader and student of fiction, or do I concentrate on the factual representation, as a Historian? When I read books like this, I find the urge to check details and constantly ask “Is that true?” Or I feel ignorant for not knowing what is and isn’t historical fact.

Give me allegorical fantasy any day. Because the beauty of the Discworld novels is that they are also based on our society, albeit one that is viewed through some twisted prism (as a former Insurance Manager, the introduction of Inn-sewer-ants in Colour of Magic remains one of my favourites). Quirm for example is based on France, with it’s avec food and it’s rue de Wakening (read it out loud). Some of the best laugh out loud moments are due to recognising the parody, but the stories work without it and therefore don’t make you feel stupid.

That said, I found Snuff harder going than previous Discworld novels, and a bit darker and more heavy handed in the social commentary, focussing as it does on the race of Goblins, and whether they are considered sapient beings or vermin. This might be evidence of an author who despairs of the world, but it’s the social commentary in all the books that makes them so brilliant and poignant.

Samuel Vimes – the lead protagonist in Snuff – is a wonderfully complicated protagonist. Having read all the Discworld novels, I feel I have tracked his progress from a mere Captain of the Watch in Guards! Guards! to Commander Vimes, Sir Samuel, Duke of Ankh, married to Lady Sybil (also a brilliant character) in this book. Alongside my other favourite Discworld character, Granny Weatherwax, Vimes is fascinating for his level of self-awareness and his inner turmoil. Both are characters who battle with personal demons constantly and defeat the bad guys because they know (or at least fear) they’re no different underneath.

Although it took longer to get going, once I was immersed in the story I was swept along to the finish. Some of it was a little predictable (when you’ve read eight or nine books featuring the same character you do learn how they work) but being allowed inside Vimes’ head as he battled his past and his instincts resonated with me. Powerful, brave stuff.

Terry Pratchett has a writing style that doesn’t spell anything out. The nuances are there for the alert, and sometimes that can be frustrating (when you’re not alert, running on a few hours’ sleep!) As a writer, though, I feel it’s an important lesson in treating the reader as someone smart or, as one of my writing books puts it, Resisting the Urge to Explain (RUE). It also means you can interpret the characters and their actions, and be left wondering if you really know them all that well (particularly a character like Vetinari, the tyrant of Ankh-Morpork).

I find the Discworld novels always stay with me after I’ve finished them, with questions and challenges and difficult subjects (something I didn’t feel at all with Dodger). Snuff may not have been up there with the best, but it was still a rollicking good read. Bring on Raising Steam!