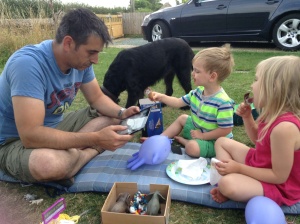 One of the challenges I’ve discovered with being a self-published author, or I suppose a writer of any kind, is expecting others to see it as a real job. After all it doesn’t pay well (or at all), you have no one imposing deadlines but yourself, and you spend all day dividing your time between gazing out the window, researching random things (skydiving in New Zealand anyone?), designing the odd front cover or giveaway bookmark, and playing on social media.

It’s all work, it’s done with purpose, but compared to a teacher, doctor, project manager or business director, it’s all a bit nebulous.

A friend recently asked my husband, while they were at a kids party together, if I get paid for doing the blog. Tee hee wouldn’t that be nice? I think it was because I couldn’t join my baby group one day in the café as I was racing to get my post live by my 10am deadline (which I’m going to miss today, unfortunately, due to a bout of insomnia). I probably should have missed my post that day and joined them for coffee. But, to me, the self-imposed deadlines, the deliverables, the targets, are all very important. I need to feel like I have a job, a career, or the sacrifices I ask my family to make would not be worth it.

No, I’m not getting paid, but my friend did seven years of university training to be a doctor without getting paid. This is my post-grad creative writing degree taken at the university of life. I’ve never been more serious about a career before or enjoyed one as much. 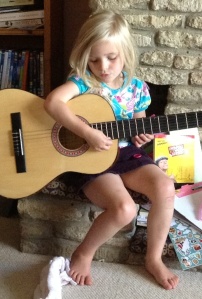 I often read posts on Kristen Lamb’s blog about the importance of not calling yourself an aspiring writer, (her latest is Are You a “Real” Writer? Is This Even the Correct Question?) . I am a writer; a published author. My sales are no fewer than the vast majority of even traditionally published books, which apparently rarely exceed 100, and I don’t think I’ve sold any to friends and family, so they are all genuine sales. (In 2004 c.80% of books sold fewer than 100 copies: The Ugly Truth about Getting Your Book Published. These figures might be out of date but I have read a similar figure recently, just couldn’t find the source!)

In a week or two my second novel will officially go live, in print and e-book format. Then I’ll start on revising my third novel, Class Act. Maybe I will rough draft the sequel to Dragon Wraiths during November’s NaNoWriMo if there’s a scrap of spare capacity. I’ll churn out my 1500 words of blog post and Claire instalment every day, with a couple of pictures, and I’ll answer every comment. I’ll squeeze in some social media and read a dozen posts from my online community sometime during the week. It’s a 40-hour week that drains me and leaves me exhausted.

Despite all of this, I’m never asked about my ‘job’ as a writer by people I know. It’s not taken seriously as a career. Thankfully my husband believes in me, as do my online friends. That’s why I love my blog. The daily challenge is one of the most satisfying things I’ve ever done. Every ‘like’, every ‘been there’ comment tells me I’m not crazy, tells me I belong somewhere, tells me I’m on the right path. I believe I’ll make an income one day, when I’ve written enough words, published enough books. I just have to keep working. I am a writer.

Claire climbed down from the bus and wandered a short way into the bush. After five minutes the pain was too great and she looked around for somewhere to hide with her book for a while. Every part of her body ached, as if she had spent the day before stretched on a rack rather than hiking through volcano country. When the bus driver had told them the morning schedule was for a two-hour walk to see the waterfalls, she’d nearly turned round and gone back to bed.

And as for river-rafting this afternoon, I think I might just opt for the horse riding or discover a love of golf.

It was a satisfying ache; the pain of a body pushed to its limits. But without a hot bath to sooth the muscles, she felt like a wooden puppet every time she tried to walk. At the hostel, some of the other travellers had gone to a natural spring in the river, and raved about the novelty of sitting outside in the autumn while soaking in hot water. It had almost tempted her to go herself, but the thought of the walk put her off.

I miss my car.

Pushing the thought aside, Claire searched for her place in the paperback she’d picked up at the last hostel, and allowed herself to be transported to a different world.

The trill of her phone wrenched her back to reality. Assuming it was either a nasty message from Carl, or a random text from Conor, Claire was tempted to ignore it. Only the vague hope that it might be from Kim made her put down her book and find her phone. The message wasn’t from a number she knew, and she frowned as she opened it.

Hi Claire, long time no speak. I caught up on the blog recently and saw that you’re in my neck of the woods. Are you planning a trip over to Oz while you’re here? It would be great to catch up. Josh.

Claire read the message several times, until the words no longer made sense. Of course she’d thought about him, but she had put all thought of seeing him to one side. Fiona wouldn’t like it, and some scars were best left to heal before they were put under any stress. Would he think it rude, though, if she fobbed him off?

Claire rested her head against the tree and closed her eyes, trying to analyse her emotions. It seemed that every time men became involved in her life it became uncomfortable and complicated. Easier to push on with her travels and concentrate on the blog. And yet …Yet what?

It’s not like I have so many friends I can afford to lose one. What harm a quick visit?

In the end she settled for a non-committal answer, carefully worded to leave her an escape route.

Hi Josh, lovely to hear from you. Yes, I’m touring NZ at the moment: it was meant to be for a job, but that fell through. Now I’m here, though, I thought it worth gathering things for the blog. I’m on a Kiwi bus for the next few weeks. Budget willing, I can fly home via Oz. Will let you know. Cx

She hit send and tried to pick up the thread of her book, but the words kept dancing on the page. With a sigh, Claire packed it away and walked back to the bus.