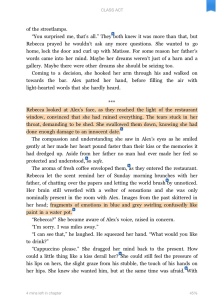 For the last few days I have been immersed in re-reading Class Act a final time before sending it to the editor next week, having decided the words were just not going to come on my children’s book after the Easter break.

I find it excruciating rereading my own novels. It usually starts out okay, as time away gives enough distance for me to fall in love with my characters again. After a few chapters, though, each sentence is painful. I know the story inside out and I start to second and third guess myself. I wonder if there’s enough action to be interesting, whether the characters are annoying, whether there is too much introspection and not enough plot. Should I have read more craft books, planned and analysed the text more?

Yesterday I impulsively purchased two books recommended by Kristen Lamb in her post Everybody Arcs: How to use emotional growth to propel the story and capture the reader – Angela Ackerman and Becca Puglisi’s Negative Trait Thesaurus and Positive Trait Thesaurus (I already own The Emotion Thesaurus)

Unfortunately owning craft books doesn’t help if you never make time to read them. I dipped in, but then I became obsessed with what Rebecca and Alex’s positive traits and flaws might be, and whether they arc during Class Act. It was a short step from that to feeling I wasn’t a proper writer because I didn’t have all that detail straight in my head when I hope to publish the novel by the end of June.

It’s not the right time to be worrying about that. I’m not saying it’s too late – I hope some of that detail will come out in the edit – but it isn’t something to dwell on during a line-by-line read through. However, it does highlight one of my biggest difficulties with writing: merging draft with craft. 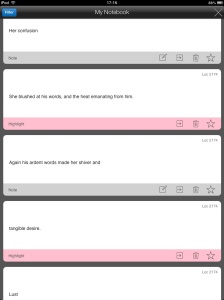 Just some of the hundreds of amends

I’m a pantser rather than a planner. I don’t want to be. I have ground to a halt on my MG novel because I can’t visualise the ending and am stuck in a soggy middle. But every time I try to sketch out what happens next, my characters decide on a different path, and hours of effort are wasted. Either that or I plan the life out of the story and can no longer be bothered to write it. To some extent I write to find out what happens – if I already know every twist and turn of the plot I get bored.

Writing that way makes it difficult to consciously craft, however. I read posts by authors like Kristen Lamb and it all seems so clear: what positive and negative traits a character needs and how they can drive the plot. So, buy a useful thesaurus, select some traits, and off I go. But every time I sit down and try to figure out that kind of detail I draw a blank (and usually lose the will to write).

Somehow, without conscious thought, my characters develop flaws and tells. But their journey, their growth, isn’t really controlled by me. If they grow, learn, change, during the story, that’s more by accident than design. Ditto for making every paragraph multi-functional : contributing to the story, character development, conflict or climax. Of course that’s what the revision process is for. When I start to deconstruct my writing, however, that’s when I start to think it all sucks. The more I stare at the words the less they make sense, until I’m convinced I should chuck the lot in the bin and start again. I feel like my husband, who can play the piano beautifully but thinks it’s just noise because he can’t read music.

Until I can learn to combine craft and draft I suspect my novels will never really sing, but reading craft books makes me judge my own writing too harshly. It’s a quandary. And that’s what editors are for, I guess. Hopefully a good one will help a book find its voice. Certainly I hope mine will help with Class Act. That’s assuming I wade through the words and get the manuscript sent off next week, of course. Back to work!