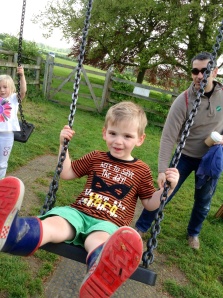 Fun at the farm

Getting out of bed this morning felt like climbing Ben Nevis (a not particularly happy experience for me, nearly a decade ago, when attempting the three peak challenge.) I had a fantastic family weekend, with no where we had to be and not too much rain. I had a marvellous night out with the girls on Friday, actually feeling part of the conversion for possibly the first time. Then hubbie and I pottered around, got the chores done and had a Chinese with my parents on Saturday, and spent a lovely day taking the children to the farm and catching a 1965 London Bus to the local steam railway on Sunday.

But this morning life still seems so hard. I ache all over, despite spending a chunk of the weekend in bed. Partly my new addiction to the iPad game Angry Birds Go is to blame. Hubbie is addicted and the children now love it too, so in an altruistic spirit, I put it on my iPad and worked through some levels so the kids wouldn’t squabble over hubbie’s version.

And now I’m hooked. It’s my way of being able to watch Game of Thrones, another new addiction in our house, but much too full of sex, gore and brutality for me to watch without a metaphorical cushion to hide the screen when necessary. But the game involves steering by tilting the iPad and I think it’s to blame for my stiff shoulders and aching back. And I suspect Game of Thrones is responsible for my bad dreams!

Joking aside, I do find it hard to find meaning in life at the moment. I read a terrible, moving, post on the Belle Jar blog recently, When Getting Better Is No Longer An Option, where the author described a life battling depression and suicidal thoughts. I can relate, although my depression is being controlled through diet and medication. I don’t actively want to end my own life but these days the future is a void of emptiness without reason or purpose. I’ve reached the top of the mountain, the view is uninspiring, and I can’t see the point in all the pain of climbing back down. 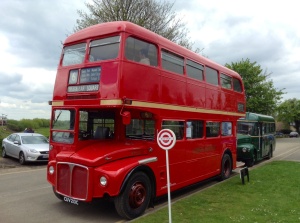 One of the ways I’ve sought to feel connected to life is by supporting causes, particularly environmental ones, or through championing things on social media. I love signing online petitions and hearing they made a difference, or contributing to worthwhile charities. But sometimes you get it wrong.

I shared a post over the weekend that turns out to have been causing a man terrible trouble, including death threats. I didn’t think it through, I just shared and now I see it was irresponsible of me. A friend pointed out the consequences and I immediately deleted my shared post, but it’s left me feeling awful. The problem with social media is there’s always a deeper story, a bigger picture, and I don’t always take the time to find out what it is. And now my urge to crawl back under the duvet is greater than ever.

But I won’t. I will make packed lunches, get the children to school, go to the supermarket, try not to load Angry Birds Go. I will edit Class Act and walk the dog. I might take an hour to nap or watch Homes Under the Hammer. I will keep looking for a reason to get up every day, to keep climbing. But, oh my, it’s hard.

(Sorry for a less than cheery post for a Monday. But, maybe if you’re also having a bad day, you won’t feel so alone! I also forgot the packed lunch and had to do a 12 mile round-trip to take it in to school, because I was so busy writing, so there’s a lesson for me to focus on what’s important and quit moaning!)