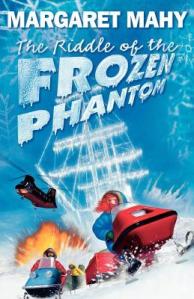 Recently, it seems I haven’t been able to pick up a major-publishing-house book without finding that it’s littered with editing errors – missed quotation marks, extra words, wrong character names being used, someone present in a scene when they can’t be (because they’re in hospital), or, my favourite, the find-replace. I’m particularly guilty of this – I once replaced a name and didn’t notice that it had replaced the same three letters wherever they appeared, even in the middle of words. And yes, I published it by mistake. Not my finest hour (thankfully noone bought it). But in a seriously published book? Not good.

I’ve just been reading The Riddle of the Frozen Phantom, a book my son had from school but changed after a few chapters because he’s only seven and words like Mukluks and Polypropylene are a little challenging. I’d bought it as a kindle download though, when we temporarily misplaced the school copy, and decided to finish reading it. Turns out that, throughout the whole book, ‘mere’ has been replaced with ‘there’. 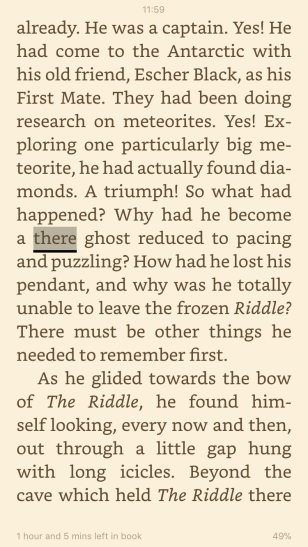 As I’ve said, we all make mistakes, but between me, my beta readers, and my ever-vigilant editor, I hope most of mine are spotted pre-publication. Which is just as well, because woe betide an Indie or Self-Published author having a single typo.

Now, I know there are some self-published authors who haven’t even met spell check, or have a clue how to use a comma or a full stop, never mind shelling out cash for a professional editor. They give us all a bad name. But there aren’t that many of them – most writers want their best work to be seen – so why must we all be tarred with the same brush? And why oh why is it so worthy of comment?

You don’t see an Oxford Press or HarperCollins book getting review headers like, “no real grammar/spelling mistakes” (yes, that’s from one of my reviews, and the reviewer offered to edit future novels of mine free of charge) or “A couple of typos but not enough to take anything away from this great love story.” You certainly don’t ever find books published by big publishing houses with reviews that blame the author for any mistakes, or worse still make it clear the reader has gone looking for them.

Some books I’ve had from the library have been so poorly edited I’ve felt like marking them up and sending them to the publishing house with a ‘could do better’ note attached. But I don’t, because I want to support authors, publishers, novels, and all that is great about fiction. Even if you can’t have a butler in a fight scene if he’s in hospital. Looking at you, Janine Beacham 😉 (But I love Rose Raventhorpe, so you’re forgiven). Besides, who says it was the author who missed it, or the editor, or the proofreader?

So, next time you read a self-published book with a typo or two, remember – if the might of a big-budget publishing house can make mistakes, so can we. And when you leave a review (and please do, we live off them. Literally.), please judge fairly and perhaps comment on plot and story and readability and enjoyment, rather than the faint praise of ‘surprisingly few errors’.