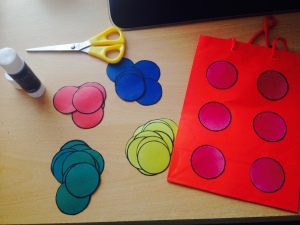 I spent this morning cutting out circles.

September is like January for me. It’s a time of new beginnings and resolutions. A mixture of hope and ache, looking forward and feeling lost. The mornings are chilly but the days are warm. The children go back to school, and I’m free. But free to do what?

It’s also a birthday month. I love doing prep for birthdays because it’s fun and creative and the sole purpose is to make someone else smile. I like doing things for other people.

I’m not so good at my own birthday. I want to feel special, but don’t like being the centre of attention. I want people to lavish me with gifts, but I hate waste and can be a horrible sulking six-year-old feeling sad and guilty in equal measure if I don’t like what I’ve been given.

And today, for the first time in a long time, I feel lonely. Crazy, huh? I’ve spent the last six weeks pining for five minutes to myself and now I feel vulnerable in the emptiness.

The first week of school was okay. There was so much to catch up on, and I was on the ball. I organised clubs and Brownies/Beavers uniform. I dug out football boots and ironed shirts. Filled out forms, wrote cheques, and monitored homework. I even got around to finishing and posting off my first proofreading assignment. 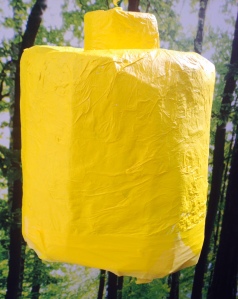 Can you tell what it is yet?

But now the novelty and urgency has worn off. I still have birthday party prep to do – I’m dreaming about Lego cakes and spending my days making chocolate bricks and a Lego head pinata. But I’m trying to do it on a budget because I’ve had a spending splurge recently and no income to off-set the guilt.

I think the gaping hole is meaning. Without the children at home, I don’t have an identity or a purpose (or an excuse). Without working on my books I’m not an author. But I’m also not a very good house-person or a very nice wife either. I don’t want to iron or paint my daughter’s room. I don’t want to do romantic things for my tenth wedding anniversary. I don’t really want to do anything.

My equivalent of the January blues, except it’s sunny outside so the weather doesn’t match my mood.

Maybe I should carry on writing, despite the metaphorical bruises from bashing my head against a closed door for six years. Perhaps you can be a writer without anyone actually reading what you write.

Maybe I just need a really good idea for a new children’s book.

Or maybe I should shut up, stop feeling sorry for myself, put it all down to deafness-caused-by-a-horrid-ear-infection and get on with things.

Answers on a postcard!