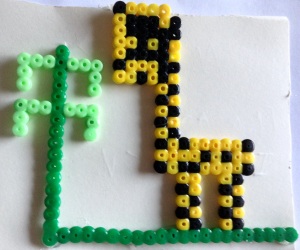 So it’s the start of summer.

You wouldn’t know it, based on the weather. It has barely stopped raining long enough to mow the lawn, not that it matters as the kids can’t get out in the garden without risk of injury, or possibly drowning.

Yesterday was a classic example. I ironed for most of the day as fence-staining was so not happening.

I just managed to walk the dog in a light drizzle and hoped to do the school run without a coat. It might be raining non-stop but it’s still too darn humid for appropriate clothing.

In hindsight a brolly might have been a good idea.

Despite parking as close to the school gate as possible, I managed to get drenched to the skin in the ten minute cloud burst that graced pick up time. It happens so often – the weather god has a warped sense of humour.

By the time we got home it was sunny again and blue skies reigned until bed time while the humidity crept to raid-the-freezer-for-ice-cream unbearable. To think, four months ago I bought a humidifier for my son’s room!

British weather: you gotta love it. Unpredictable is an understatement.

Still, at least I only got wet for a short while, and could change my sodden jeans straight away. My husband went to watch his Italian cousin play Ultimate Frisbee in an International tournament in St Albans and it poured.

So much for Summer Solstice.

We sat and did hama beads between school and Rainbows, and I’ve got to the point where I’d much rather do craft than watch cartwheels. 😀