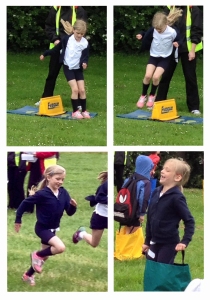 It’s been a strange couple of weeks. I’m trying really hard to get a grip on reality, but my connection keeps timing out. End of term is always a bit crazy, with parties and sports day and homework to be handed in.

I’m trying to claw my way off the edge of the black hole of depression. It’s too easy to let myself slip in, but once I get past the event horizon, it will be a long long way back out. So, as I’m glued to my phone killing dinosaurs, I decided to try for some app motivation.

I downloaded a running app and a yoga app (paying for both, shock horror!) I’ve used them both a couple of times and like them a lot, the running more than the yoga. The yoga is a bit fast for me, moving from one pose to another in a few seconds. It will probably be easier when I know what the poses are and I’m not trying to stare at a tiny screen to see what I’m supposed to be doing.

The running is a Couch to 5k app. I could probably run 5k already if I pushed it, but it would hurt. As I’m bunged up with hayfever, using an app to control how much I run is not a bad idea. I like it. I’ve been a few times in the last week or so, although I’m so goddarn tired it’s hard to find a time in the day to do it. But I ran over two miles at sports day on Wednesday, legging it between the Reception and Year 2 groups to watch my kids’ events, so I’m doing okay!

How I feel about Half Term

The children are on half-term this week and I seem to have started with a complete sense-of-humour failure.

I’m finding that looking after them is less physical but far more emotional/intellectual as they get older. I was just about okay at the dashing around, soothing hurts, rescuing from climbing frames, mopping up poop, because I only needed half a brain. Now I have to negotiate the tricky path of hurt feelings, setting a good example, and the constant challenges of my seven-going-on-seventeen year old daughter, I find I can’t quite cope. It’s not a great time to be an over-thinker, and that’s me with bells on.

So the books have taken a back step. I’m putting my creativity into knitting, and painting the garden fence, and planting flowers. My son asked for a knitted jester, and I’m trying out an Alan Dart pattern (not sure if I’m allowed to share the finished picture on here, he has pretty strict copyright!)

I’m reading a few children’s classics to plug a gap in my knowledge (The Secret Garden by Frances Hodgson Burnett at the moment) and grabbing sleep when I can. Life isn’t a race, although it feels like it most of the time.

I’d like to get back to blogging more regularly. I tend not to blog because I’m worried it will be a misery-fest, a place to rant and be boring. It was never meant to be that! 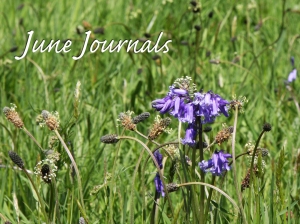 Yesterday, while walking the dog, I came up with the idea of doing a June Journal, trying to find a positive thing every day to write about, even if it’s just watching the dog run through the corn, or sharing a passage from my favourite book. Of course that will probably be even more boring and annoying, but the first piece of writing advice is always ‘write every day’ so at least it will keep me writing! No one has to read it, after all.

Have a lovely bank holiday weekend, peeps, and join me in June for a month of happy thoughts. Here’s hoping.