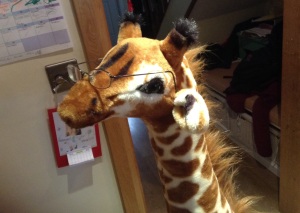 I read recently on Sally Jenkins’ blog about a writing competition currently being promoted in the UK magazine, Good Housekeeping. 10k advance and a potential publishing deal, don’t mind if I do. The two categories are Crime/Thriller and Women’s Fiction.

Well, I thought, I’ve written Women’s Fiction before – my first novel, Baby Blues and Wedding Shoes, falls in that category, and it has a bunch of nice reviews. As I’m in my plot-hole mire with the latest children’s book, I thought it might be nice to write in a different genre for a while.

Being in my January sludge, I struggled for an idea (I need a character, a theme, and an ending to start writing these days). But Hubbie came up with a neat Fairy Tale reversal story, so I began playing around with that.

And that’s when the trouble started.

Write what you know is advice often given to wannabe authors. And, for women’s fiction, I always reach into myself for a character, as I feel that’s the best way I can empathise and understand motivations and so on.

But, as I researched my new character, I realised it was becoming some kind of therapy session for elements of my life I wish I could change. Enlightening as it was about my own past, it didn’t make for a great novel.

So scratch that, I thought, I’ll enter one of the two novels I’ve finished. Baby Blues is a bit long for a Women’s Fiction novel, and is actually doing okay on Amazon, so I turned to Class Act. It never flew. My two Goodreads giveaways resulted in awful reviews. Perfect for a rewrite, yes?

Then I re-read the reviews, and they sounded very similar to a review I got on Baby Blues recently. In essence, Okay writing, but I HATE the leading lady.

“…the way Rebecca’s character was written made her quite unbearable.”

Ah, yes, about that. I never loved the leading ladies in Baby Blues and Class Act all that much either. My love was always for the leading male, or a secondary character. And, with the distance of a few years, it’s obvious. In some way, they’re both me. And I don’t love me very often.

I have no idea what makes me likeable. Hubbie can’t tell me (not in a way that wouldn’t be better suited to 50 Shades) and I don’t really have close friends. I don’t know how to write an amazing leading lady because I don’t really know any.

Perhaps that is why I’m enjoying writing the kids’ books. If the characters are based on me (and I don’t know if they are), then they’re not deep enough – the stories aren’t long enough – for people to hate them. But more likely they’re based around traits I see in my kids, in the children at school, and from the books I read and love. They’re stories of bravery and daring and magic. My women’s novels are about the hardship of being a grown-up!

So I think I’ll walk gracefully away from the real world and leave the grown-up story writing to those who can create more sympathetic characters. Tempting as a 10k advance is, I’m not going to win a competition with a bunch of characters no one likes (when they’re meant to!)

I don’t mind. Give me magic ponies and talking cats any day.