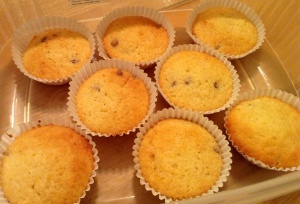 I am always having to tell my four year old daughter (five year old, by the time you read this in the morning. Eek!) that you can’t do anything on the first go. When she gets frustrated because she can’t skate, or read, or sew, I remind her it just takes practice and it wasn’t that long ago that she couldn’t write her name, scoot or draw people. It doesn’t end the tears and tantrums, but I hope it’s sinking in somewhere.

Seems, as in most things, I’m a hypocrite. All my life, I’ve avoided doing things I wasn’t naturally good at, because I hate being merely okay or, worse still, just plain awful at anything. Studying wasn’t hard, until I got to A Level Maths and, even then, I managed to cram and learn enough to get an A. I passed my driving test first time. I gave up the violin after grade five because there was no way I was going to pass musical theory, as I’m pretty tone deaf.

I’m not afraid of hard work, but I need motivation to continue and I’m driven by praise and good results. Which is probably why I hate to cook. Because I can’t. For as long as I can remember I’ve sucked at baking. My long-suffering family have consumed many a crunchy cake and cardboard biscuit, un-risen sponge or crumbling flapjack. And laughed. So in the end I gave up trying. 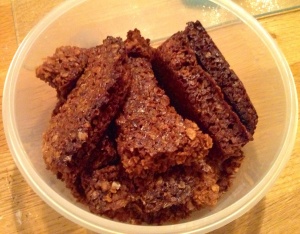 For some reason I’ve been on a baking spree this week, and mostly it’s been a disaster. Soggy banana bread, brick-like wholemeal loaf, flat fairy cakes and burnt flapjack. My birthday tea for my daughter tomorrow is likely to come courtesy of whichever supermarket I pass on the way home. The thing is, I’m sure I just need to practice. But this isn’t like learning piano. You don’t waste five quid of ingredients if piano practice doesn’t go right. You don’t get fat from eating all your mistakes that no one else will touch. You don’t get grimaces from the family. Actually, I do when I play the piano too, which is why my keyboard skills are about as good as my culinary skills!

I’ve been discussing my failures on Facebook and one friend said “Amanda you are one of the smartest people i know! I KNOW you can do this. If you can read, you can cook! Keep the faith!”

I think that’s the problem, though; it isn’t just about reading a recipe. The recipe I followed for the fairy cakes said nothing about the eggs and butter needing to be at room temperature (two of the reasons suggested for why my cakes didn’t rise.) I feel like Hermione in Harry Potter and the Half-Blood Prince when Harry is using the book with extra notes and making great potions, when hers don’t work. Baking is more science than art. Give me words or paint any day: much more forgiving of mistakes, more scope for being creative! Cooking is creative, but baking is all about precision; it’s chemistry and I was rubbish at science!

This time, though, I can’t give up. I can’t teach my children persistence and the importance of failure, if I won’t follow my own advice. I just have to find a few recipes to stick to, rather than blaming the recipe and trying a new one every time. And stop eating my failures! 🙂

8 thoughts on “Domestic Chaos or Learning to Learn”