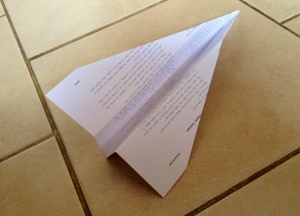 Phew. I have spent the last two days updating my Kindle and Smashwords files to include Baby Blues & Wedding Shoes under ‘other titles by’ and to add Twitter and Facebook links. I am formatting blind. I had to load each file half a dozen times, because I kept missing things. A case of more haste less speed.

Even now I know there’s an error in each of my Two-Hundred Steps Home files (a link that doesn’t work). I wasn’t going to reload them all, and start the ‘premium catalogue’ clearance again, except I’ve had to resubmit for clearing after linking all the books as a series (even though Smashwords said it wouldn’t affect premium distribution).

When I updated my kindle file for Dragon Wraiths, I also got the Facebook link wrong in that, and now I have to wait for Amazon to publish it before I can upload it again. They could learn a thing or two from Smashwords. My head is spinning with all the details, remembering what quirks Kindle has compared with Smashwords, and remembering to link to my other books on the right platform (Smashwords will reject a file for having Amazon links within it).

I also tinkered with the Dragon Wraiths cover today, to try and incorporate the dragon pendant from the first cover. I’m not 100% happy with it, but it needed to be done. The current one, much as I love it, doesn’t say ‘fantasy’ or ‘dragons’ enough.

What’s the point of this ramble? Not much, except to say I think writing a book is about 20% or 30% of the actual graft of being a self-published author. All the other stuff is so time-consuming. More than you think it should be. My ‘two minute’ job on the cover took two hours and nearly made me late to pick my daughter up from school!.

And you have to be super organised and logical and all those things I’m not to keep track of it all. At least I’m learning I guess. I could probably format a file for Smashwords in my sleep (and get no autovetter errors) and I’m not far off knowing how to do a Kindle file without referring to the notes. If the author thing doesn’t work I guess at least I could make money doing that! 🙂

“What are we searching for exactly?”

Claire looked across the racks of clothing to Bethan, who was holding up various items against her and contemplating her reflection in the mirror.

“I gathered that. I meant, what are you going as? And what the hell can I wear?”

“The theme is anything beginning with P. So I thought I might go as a prostitute.” She grinned at Claire’s shocked expression. “Too much? What about a princess? You should do that, you look much more Disney than I do.”

“I don’t know, you could be Pocahontas.”

“She was Native American, not Thai.”

Claire blushed. “Sorry, I didn’t mean to offend you, it was a stupid thing to say.”

Bethan laughed. “That’s alright, I know you didn’t. You’re not likely to be up on the Disney princesses unless you have a four-year-old girl hidden about your person.”

The flush deepened. “Well, actually I did spend a few weeks with my niece recently, but all those princesses muddle together after a while. There was an Oriental one, now I think about it.”

“Mulan. Chinese. Closer but still offensive.” Although Bethan spoke with laughter in her voice, her face looked brittle.

Bethan looked up and her face became more sympathetic. “Oriental is a racist term in America, is that not the same in England?”

Claire shook her head. “Not that I know of. Better than calling someone Chinese when they’re really from Japan or Thailand, surely?”

“In America you use Oriental for things, not people. Asian is a better word.”

Claire swallowed and nodded, feeling like she’d been told off. Wanting to change the subject, she ran through other fancy dress ideas beginning with P. “Right. Not princesses then. Pigs? Paupers? That shouldn’t be a problem; I’m going to be poor by the time this trip is over.”

She glanced at Bethan and saw a flicker of disapproval flash across her face.

Now what have I said?

They had been travelling together for a week and this was the first time Claire had sensed anything but happiness in Bethan’s demeanour. The moment passed and Claire searched her mind for a simple fancy dress costume that wouldn’t cost the earth or humiliate her. Not that there was anyone left on the bus whose opinion she cared about apart from Bethan, and she’d already offended her twice.

Bethan held up a sequin covered top and some sunglasses, all trace of censure gone. She grinned. “How about pop stars?”

“Do you want another drink?” Bethan yelled over the music.

Claire shook her head and then wished she hadn’t. “No,” she yelled back, “I think I’m going to be sick.”

Bethan nodded, downed her drink in one, and grabbed hold of Claire’s arm.

Claire let herself be towed through the writhing bodies, the music pulsing in time with the throbbing in her head and drowning out all attempts at rational thought. The dinner of steak and venison, delicious at the time, sat heavy in her stomach. She really didn’t want to see it again.

Outside, the music still filled the air but left some space to think. The chill autumn wind rushed over her bare skin, raising goosebumps and drying the sweat. Claire slumped against the wall and gripped her head with both hands.

“You okay?” Bethan squatted beside her and peered under the mass of back-combed hair that concealed Claire’s face.

“I’m not going to last that long. I need to go to bed.” Claire slid down the wall, ignoring the damp seeping through her tights as she sat on the floor. The events of the evening swam through her mind like a movie montage.

“Did I do a drinking game?”

“Snog the driver as a forfeit?”

“Dance on the tables?”

Bethan shrugged. “It was Bon Jovi and you’re dressed as an ’80s pop star. I thought the balloon in a bottle as a microphone was an inspired touch.”

“Are there going to be pictures of us on the wall, like all the others?”

Bethan nodded and laughed as Claire groaned. “Look at it this way, who do you know who is ever going to come to this dirty motel in the middle of nowhere and scour thousands of Polaroids to find your embarrassing photo?”

Claire grunted in agreement but it was small consolation.

Bethan laughed again. “Relax, Claire. This is all part of travelling. You joined in, made some new friends, drank some shots. You won’t remember most of it in the morning and I promise not to remind you more than, ooh, once an hour?”

“Are you coming back in? It’s freezing out here and I’m starting to sober up. I need a drink.”

Claire gave a tiny shake of the head. As Bethan stood up, Claire risked raising her head to make eye contact.

“Can you show me where my bed is please?”

With a giggle, Bethan pulled her to her feet and led her to the dorm rooms.